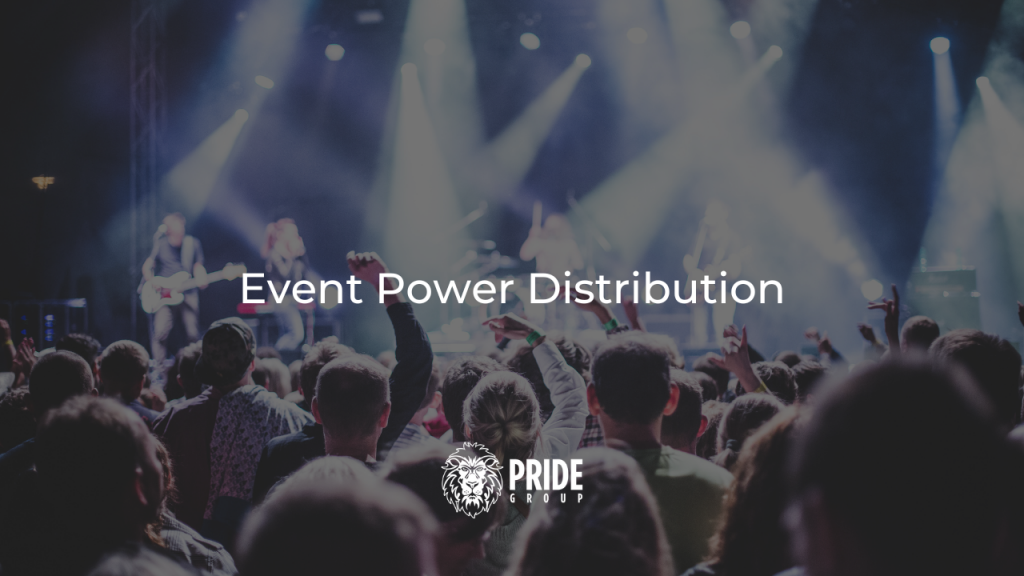 It is hoped that this article will provide clients and event managers with a basic overview of power distribution at events. This essay should assist the reader in developing a basic awareness of the essential topics as well as some common blunders.

WHY DOES POWER MATTER?

Electricity is the only type of energy used to power a wide range of appliances.

The term ‘Mains’ refers to power from ‘the grid.’ The grid is the national power network that consists of power lines, substations, transformers, and so on. This is where the electricity that powers people’s houses is generated.

Wherever practical, we try to use mains for events. This is because it is dependable in the UK (which is not necessarily the case in other areas of the world), readily available, and has a very low unit cost when compared to installing generators.

Many event venues have enough power going into the facility, but a typical problem is that there is no adequate method of connecting to the current infrastructure. Site managers frequently tell me that “there is tons of electricity,” yet this is insufficient when a specific type of connection is required. In these instances, it is frequently possible to bargain for the installation of a dedicated power socket, which is frequently less expensive than hiring generators. Installing a plug necessitates several considerations, including the distance from the power distribution board, obtaining landlord consent, determining who would bear the cost, and, in some cases, obtaining authorization for usage in listed structures (in the UK).

Wall outlets do not provide a lot of power (UK sockets allow a rated draw of 13amps). When it comes to power usage at an event, the term “there is tons of power” is not always correct. However, for the bulk of our events, we can use wall sockets as long as the load delivery distance is less than 25m from the wall socket. Please contact our team to discuss the power and discover an appropriate solution for your specific needs.

Generators are devices that generate power without being connected to the main grid. In most cases, generators consist of a diesel engine coupled to a dynamo. You may have seen a dynamo attached to a bike wheel to power the bike light. Generator dynamos are substantially larger. Although the fundamental technical principles underlying generators are simple and well-established, many generators include sophisticated control and synchronization systems.

Generators are generally dependable because they are powered by a diesel engine. Generators are also equipped with event-specific distribution boards, making them even more reliable and suited.

Generators are the preferred alternative, but as with all production designs, an acceptable solution must be chosen depending on all variables such as budget, time, space, available resources, the type of event, and the importance of each part of the event.

A client recently asked our team to create a high-power mobile sound system that could be carried around a retail center without any cables. We used an array of “leisure batteries” (like automobile batteries) with an inverter to do this (the device that provides mains power from a low-voltage system). This was an efficient solution that provided 12 hours of performance without the use of any cables.

Battery power can be considered for some applications, but only where main power is extremely difficult to obtain.

The precise requirements of an event define the solution to this question. As a power distribution contractor, we ask clients to describe as many objects or areas that require power as possible, as well as how much power is required. The maximum power needed for an event is then indicated by our calculating model. We have extensive knowledge in this field and recommend that you speak with our team to explore this further.

Water and electricity do not make suitable bedfellows. Water and the risks it causes must be taken into account for all outdoor or covered events in the UK. To begin, it should be assumed that a heavy downpour can occur at any time of year. This assumption has prompted us to ensure that all outdoor equipment is rated to withstand this.

The outdoor equipment (i.e., subject to the elements or ingress from the elements) should have an adequate IP rating. The IP rating of electrical equipment indicates how well it can withstand dust and water. IP44 is the bare minimum for outdoor use. Any equipment that does not have this grade should not be utilized outside since it poses a serious risk of electrocution or, at the absolute least, a power outage.

To grasp what phases are and how they work, you must be well-versed in electrical theory. For the sake of common comprehension, single-phase power is one lot of electricity, whereas three-phase power is three lots of power from one socket.

As a result, a 63-amp single-phase supply can only supply 63 amps. A 63-amp three-phase power supply may deliver up to 189 amps. The cable and connector sizes of these two-power supplies are comparable. Three phases are more widely employed because it is a more efficient method of transferring power because all three phases share the same earth and are neutral, resulting in less copper, less weight, and one cable rather than three.

Powerlock systems, which typically provide up to 400-amp three-phase power, are used for power supplies above 125 amps (1200 amps total). This type of equipment is highly specialized and is only used for projects requiring massive amounts of electricity, such as arena concerts and major marquee events. SXS has a large inventory of power distribution equipment, totaling numerous kilometers of cable.

Breakers function similarly to fuses in that they will ‘trip’ if a current greater than their rated quantity is drawn. This forces the electricity to that supply to cut out instantly to avoid any harm or hazard.

Breakers are used to safeguard equipment and cabling. Cabling can overheat and catch fire if too much electricity is drawn.

Breakers can trip due to over-loading, but they can also trip due to a short in a system, such as light bulbs blowing out. Breaker tripping is not rare and should not cause substantial problems in a well-designed power distribution system because each section should be isolated.

Our experience has shown that catering equipment and catering spaces are frequently the sources of power outages. As a result, we tend to separate these regions from other power users such as music, lighting, IT, tills, and so on.

An RCD is the most crucial safety device in any electrical system. RCD stands for Residual Current Device and, when triggered, behaves similarly to a breaker. RCDs detect when current has strayed from a system by measuring a current differential between the active and neutral supplies within a supply. This can happen if there is a fault and current is flowing to earth (or into a person).

RCDs are available in a variety of sensitivities (30mA, 100mA, and 300mA for most applications), with sensitivity relating to how much current must be lost before they trip. In the United Kingdom, every power source that supplies appliances that come into touch with people must have a 30mA RCD. This means that if more than 30mA is lost, the power is cut off.

RCDs and breakers are frequently combined into a single unit.

Earthing is another critical safety function in power, and it has a special purpose in audio equipment.

An ‘earth’ is essentially a separate wiring system that goes throughout a power system and eventually links to the ground through a long copper rod, subterranean grid, or similar.

Earth is designed so that if there is a power outage, the electricity will be routed into the ground rather than into humans. In such a circumstance, an RCD or breaker should trip, alerting the user that there is a problem that needs to be investigated.

The wire path from the appliance to the ground is frequently very long and involves a lot of resistance. As a result, we perform a procedure known as “earth impedance testing,” which assesses the route to the ground. Once the equipment has been installed, this is an important element of the ‘sign off’ procedure.

PAT is an abbreviation for Portable Appliance Testing. This is a yearly test method that should be performed on all electrical equipment that distributes or utilizes power. This applies to all electrical products at events as well as in commercial settings such as offices or warehouses.

When a test is completed, an appliance should have a sticker attached that states the date of the most recent test, when the next test is due, and who performed the test. This should also be recorded in a database so that a complete report of all assets is available upon request. Some operators may want to employ a barcode system that allows them to recall an item’s test history.

Every time a test is completed, we apply new stickers. This section displays the test date, re-test date, product code, product unique identifier, and who performed the test. Our stickers also include a printed barcode, which allows us to scan the item into our system and view its previous tests. Our custom-built test database is incorporated into our company intranet, allowing personnel to access any data while on-site.

An item may fail a PAT test on occasion, in which case it is normally fixed and re-tested promptly. A piece of equipment can sometimes be condemned and disposed of.

PAT testing is a legally mandated safety technique since it detects defects that are not visible in regular operation (in particular a faulty earth bond). However, this is an annual test that simply certifies that the equipment was compliant on the test date, similar to an MOT (annual car test in the UK).

Visual inspections are performed at every use of equipment, with the following reporting system. All of our employees are trained to spot visual flaws and remove items from stock for prompt repair and re-testing.

Safe equipment management necessitates annual testing, visual inspection at every usage, and, most importantly, skilled personnel and open culture with a safety focus.

Because issues such as impedance and voltage drop, are complex and extremely technical. However, for the sake of broad comprehension, the following non-technical explanation may be useful:

Power is defined as the relationship between volts and amps. This is the amount of actual energy consumed. Power is measured in watts, kilowatts, and sometimes in kVA (beyond the scope of this article). Watts and calories are both units of energy that can be converted. How much and what is plugged in determines power. When a supplier refers to watts, the provider is implying the maximum amount that can be drawn from the supply. A kettle may consume 2000 watts, a television 100 watts, a desk lamp 20 watts, a bright theater light 2000 watts, or a considerable 7000 watts.

Volts – Volts is the electrical current that flows from a socket. What is plugged into the socket has no effect on the voltage. Volts are driven through a device. Voltage drops can occur from time to time (typically due to long cable lines), which can have various consequences.

Amps – Amps are a unit of currency that is most significant to power equipment. The amount of current that a cable or connector can safely handle is generally defined.

Electrical systems are frequently defined in terms of amps or watts.

When volts fall, amps rise. Excess capacity of the equipment is required to tolerate an increase in amps (current).

Do Everything With Pride. 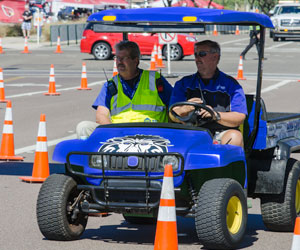 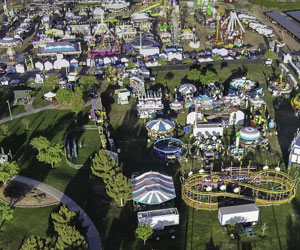 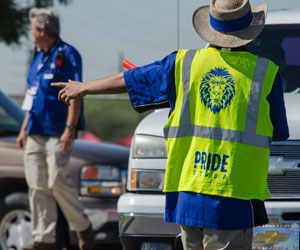 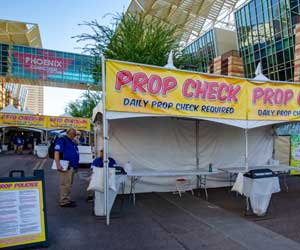 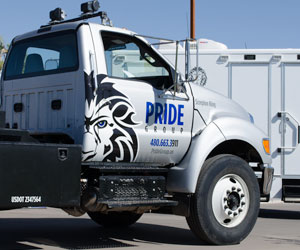 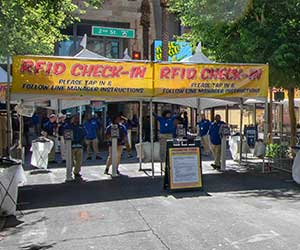